Ira Heyward (1938 – 2019) was a saxophonist and drummer that spent the majority of his life in Elmira and Pine City, NY. A husband and father of four, he was an active participant around the Neighborhood House,  Notre Dame High School basketball team, and baseball fields throughout the Elmira area. He was also a veteran and worked for Corning Inc. for 40 years as a skilled laborer, tradesman and member of the United Steel Workers local 1000.  The following profile focuses on how he and his family came to Elmira from Charleston, South Carolina and some of his experiences as a local musician in the band the Star Upsetters. Hear Ira share about what it meant to him to perform with the Star Upsetters at Green Pastures, his career working for Corning Inc., and more.

Ira describes his trajectory over 42 years working for Corning Inc. as a member of United Steel Workers local 100.

I started out as a laborer. I swept floors, packed boxes, loaded a truck to take supply to Horseheads. I got a chance in ‘61 to go down to Big Flats. At that time Big Flats was booming. They had 3-4 shifts going. 1,300 – 1,400 people working. Outta sight. I had a job there after I started bidding on jobs to improve my income. I learned to etch glass. What you do: cylinders, pipettes, beakers. The girls would wax them, and they’d put the numbers on them, and they had a machine that turned them. And there was an acid room. I learned to run that machine. Acid will not eat wax. You put it in the hot water, the glass would melt off, and it would move to the next station. I worked that for a while. I decided I wanted to learn to blow glass. I bid on the lathe. When I got there, that was really interesting.

If you took high school lab, the equipment you made if they were glass, they were made in Big Flats: erlenmeyers, extractors, so forth. I learned to seal the necks on them, learned to blow them. I got really good. I ended up at Steuben Glass for a while. Then I was on the floor making animals, Ferris Wheels, and all that stuff. I even made some Steubenware, and I engraved some too over 20 years. And I did all of that in the first 22 years working on the lamps. In 1979 Corning was going to convert its tanks to oil. I was afraid if I got laid off what would I do. So I took a trades test. Basically when I took the test I forgot about it. I got in an argument with the plant personell director, and I said, “I’m not coming back here. I’m going back to the main plant.” He said, “You’re not going anywhere. I’m gonna keep you here in Big Flats.” I walked out the door and I was angry. He and I had some discussion that really upset me. By the time I got home, I was living– new house in Pine City, new car. I’m there in Pine City in my home sitting on my bed. I get a call from some people in Corning, and they wanted me to come up to Houghton Park. The man told me, “Ira, you came in second or third on the electricians test. It’ll probably be 3-4 years before we put an electrician on. We have a pipe fitter job coming on.” I had no idea what a pipe fitter was. So I went up there and talked to the man anyway, Mr. Andrews. In doing that, he explained the job to me. “You can do whatever you want. You will learn plumbing, you will learn welding, AC if you want. You can go to Honeywell in Rochester for 3 years and learn that if you want.” Cleaver Brooks– I did 2 years training there for building roof-mount boilers and AC units.

The old Neighborhood House had 2 gymnasiums, big and small. We converted the small gym on the weekends to dances and roller skating for the kids. Where the skates were, we made it a canteen. The kids could do hamburgers and sell candy. It kept escalating. Supposed to be the weekends. Then I had 5 days of work. I enjoyed it.

In those days, the Neighborhood house was the place to be. You could play basketball, get on a boxing team, roller skate. The lower are had a wood shop, build airplanes, carpenter’s shop. If you wanted a license for hunting or fishing, you could go down there, shoot and qualify for your license. I think it cost $2-3 for a membership for the whole year. Now if you got kicked out of the Neighborhood House, that was like cutting your arm off. Because you wanted to be with the rest of the kids, party. I had no problems. I kicked 2-3 out and that was it. We’d have dances. We’d have Mr Jennings come over. He was one of the area’s outstanding boxers. I saw him hit a man so hard, he tore the ring down. The kids had so many things to do. That’s why I stayed there after the ‘72 flood. 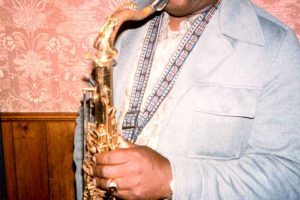 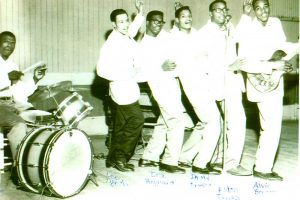 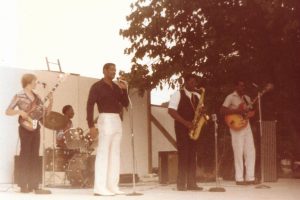 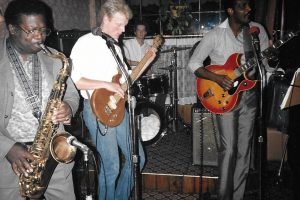 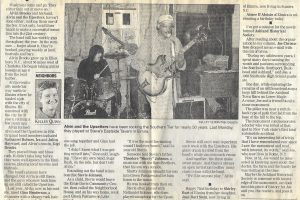 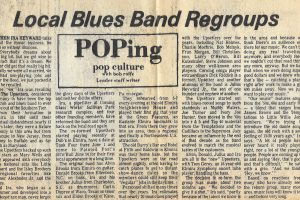 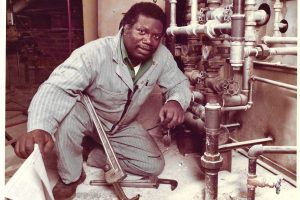 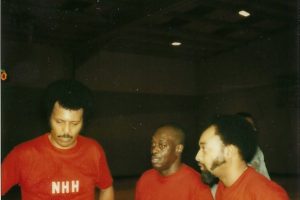 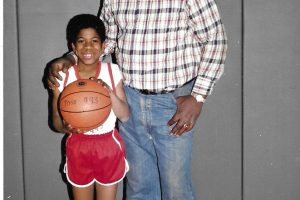 John W. Jones Museum president, Talima Aaron describes how the home of John W. Jones, a local station master on the Underground Railroad, was saved from bulldozers by local activist Lucy Brown in the 1990s.

John W. Jones Museum president, Talima Aaron describes how the home of John W. Jones, a local station master on the Underground Railroad, was saved from bulldozers by local activist Lucy Brown in the 1990s.

Warning: A non-numeric value encountered in /home/customer/www/sflxtraditions.org/public_html/wp-includes/media.php on line 467