Gerard Burke is a lifelong resident of Elmira, minus the years he spent at Boston University. Much of his early life was steeped in music — lessons at an early age, his parents’ record collection, and Elmira’s Soul and R&B music community in the ‘70s. For nearly the last 20 years, Burke has performed as a solo delta blues guitarist throughout the region. Hear in his own words about his upbringing in Elmira’s Black community and his journey to become the deeply emotive player he is known as.

I’m a longtime resident of Elmira, and I define long term as being the major portion of my life. Major portion of my life. I have only been away from Elmira to attend college. I graduated from Boston University with a degree in Journalism. I returned back to the area to work for our local newspaper, and I’ve been here ever since. My family on my mother’s side has been in Elmira since before the Civil War. We’ve traced it back that far. On my father’s side, his family originated in Burke County, Georgia. He and his siblings were the first generation of that part of the family to move to Elmira. We grew up on what is known as the East Side of Elmira. But when I was in sixth or seventh grade, the city razed that whole section to make room for the Chemung County Health Department. From that neighborhood, we moved a couple blocks down the street from Woodlawn Avenue to a street called East Thurston. I went to junior high and high school from  there. My father started working at Harding Bros. It was a family-owned machine shop business. He eventually was able to save enough money and purchase a bar on the corner of East Clinton and Madison Avenue. That bar was called Dub’s. As he worked that bar, he was able to expand it by including a diner on the backside. Then he branched off and bought a neighborhood store a couple blocks down from the bar. He and another friend of his also started a janitor service. My mother graduated from local high schools [Elmira Free Academy] and she went to work for the State Department of Corrections at Elmira Reformatory, where she was a receptionist.

Burke describes the musical backdrop in his home growing up.

I’ll lay that blame at my mother’s feet. We had a piano in the house. As a matter of fact, most of her siblings had musical instruments in their houses. She played, all of my sisters played. I took lessons for saxophone and clarinet lessons in grammar and junior high school. I picked up the guitar right the time the Beatles came out, and I’ve been playing ever since. I stopped for maybe five or six years, maybe even longer, while I was in college. But when I returned to Elmira, I still kind of tinkered around. But I really got seriously back into it, oh, maybe ten or fifteen years ago. My mother was a music fan. She had lots of albums. And it was pretty much the same for my father. Both parents enjoyed recorded music. I distinctly remember my mother having and playing a Billie Holiday’ album, Lady in Satin. And I remember it specifically because of the cover of the album. I also remember a tune by the Isley Brothers called “Shout” from back in the ‘50s that was another one of her favorites. My father was a blues and rhythm & blues fan, and I remember mostly from him James Brown.

As a teenager, Burke immersed himself in the city’s music community. One of his bandmates at the time had a large family living in Elmira and Rochester. When the family got together, Gerard’s band would play.

That band was called Gary and the Blazers. We were all pretty much on the same level as far as music goes. But they had a huge family, and they were always having parties at what used to be Jones Court. So we had a lot of opportunities to hone our skills by playing in front of people. They weren’t paying us, but they wanted to have some live entertainment, so come one down. “Okay, we’ll do it.” The type of music was mostly soul music and dance music– that kind of stuff. We did stuff by Kool and the Gang, Joe Tex. In junior high we had a bigger band– more horns. The name of that band was called Raw Soul, and we were doing anything you could dance to that had horns in the band. There were a lot of high school dances and church dances back then, because I guess there were a lot of kids starting bands. So with the second band, we had a lot of stuff to do. It was sponsored by a theatrical organization based in the Neighborhood House. They had the sound equipment, so we were able to use their sound equipment for our musical stuff. The bands back then: Mom’s Apple Pie was one of them. The Puzzle was the original group I played with. There was a band called the Kaselles. They played a lot of stuff by the Young Rascals. There was a group called Jack and the Diamonds. There was a group of older gentlemen who played at my father’s bar called The Star Upsetters. Since we were too young to go into the bars, we couldn’t go listen and get stuff from them, but I’m aware of their existence.

My wife and I were visiting my sister down in Charlotte. We went into a pawn shop, where she was looking for cheap jewelry, and we ended up getting a cheap acoustic guitar. I picked it up and I started playing again. That when I switched genres to blues. I decided that if I was going to start playing again, I didn’t want to be in any groups because sometimes personality stuff can get in the way. I decided to do blues because I felt it was more appropriate for a solo artist– an African American solo artist as opposed to singing folk music or any other solo guitarist performances. If you believe—and I’m on the fence about this—that there are different types of blues, my style is what they call Delta blues, which originated in the Mississippi Delta, which is actually in the Northwest corner of the state, as opposed to being farther south where the Mississippi Delta is actually located around New Orleans and what not. It’s more percussive as opposed to intricate finger styles. That’s why I liked it. There are other styles: Texas blues, or East Carolina blues. But as I like to say, and I’m quoting one of my favorite artists, Son House, “There’s only one type of blues, and that’s what consists between male and female.”

Burke describes his approach to building his musical repertoire and his pursuit of feeling in the moment.

If I’m hearing a song, and I might not like the lyrics, or I might think a chord change would go better than the place the original artist placed it, I do that sort of stuff. When I really do the songs that I play I call them hybrids because most of them, it’s my music with someone else’s words or vice versa. I’ve never been able to put them both together because who needs another blues song. They’ve been playing those since the 1900s. There’s enough that’s already been done that I can adapt to my own purposes and style. All types of music are really improvisation, but some styles take that improvisation and formalize it by writing the notes down on a staff. It all comes from the mind. I just happen to not be able to write down the notes, so I play what I feel. Jazz is basically an improvisational art too, and in some cases you can transfer that to blues as well because it’s all about feeling, I believe. Sometimes you might feel a different way — and I know this from experience — I’ve played the same song different ways depending on how I’m feeling, or how I’m thinking the crowd is reacting to it. 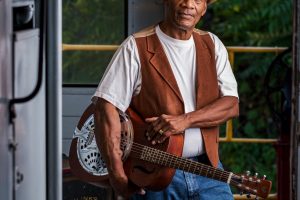 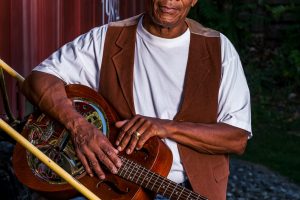 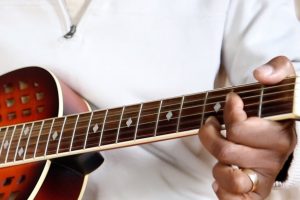 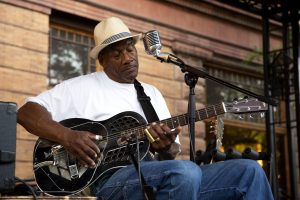 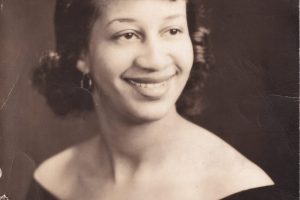 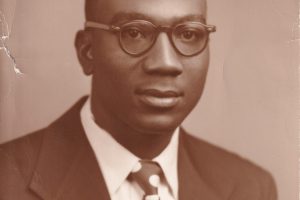 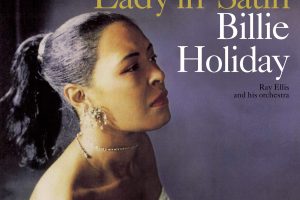 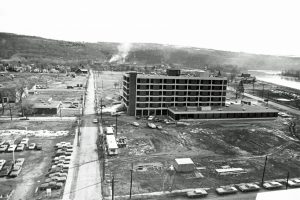 Ira Heyward was a saxophonist and drummer that spent most of his life in Elmira. A husband and parent, he also worked for Corning Inc. for over 40 years.

Ira Heyward was a saxophonist and drummer that spent most of his life in Elmira. A husband and parent, he also worked for Corning Inc. for over 40 years.